Must Sees in Tuscany

The birthplace of Italian culture

The obvious result of its prominent cultural role is that Tuscany is a travel destination with an unparalleled list of things to do, see, and learn. 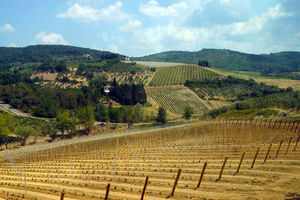 Considering Tuscany’s role in Italian culture is like assessing the great Florentine poet Dante’s influence on Western literature, or the Tuscan native Leonardo da Vinci’s on art and science. While each of Italy’s regions has impacted and shaped Italy in some significant way, Tuscany has done so unfathomably. Without Tuscany there would be no Italy, no Italian language, and certainly no Italian Renaissance.

As a side note, when you’re sick of touring the best art museums on the Continent or are exhausted from an excess of gazing over the amazing vineyard-covered rolling Tuscan hills, you can always resort to its exquisite cuisine and a glass of its world-famous wine! 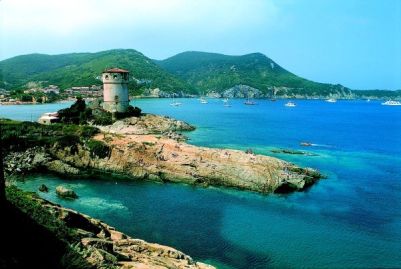 It is difficult to say which is more overwhelming: accounting for Tuscany’s beauty or its greatness. The magnificence emanating from Florence’s Baptistery, Siena’s Duomo, or San Gimignano’s medieval skyline stops even the most non-keen observer in his tracks; equally profound an experience is strolling through Chianti’s countryside and gazing out to its rolling vineyard-clad hills and unsuspectingly finding an ancient convent among its emerald-colored cypress trees. Similarly, when considering Tuscan culture, it is utterly amazing that the modern Italian language was inspired by the sweet and perfect lyrics that comprise Dante’s Divine Comedy. Then there are the works of Michelangelo, which bear testimony to the fact Tuscany gave birth to a man who made art even more glorious than nature. While each of Italy’s regions are uniquely stunning and culturally rich, there is no doubt that Italy is what it is today because of Tuscany. Indeed, its artistry even extends to the worlds of food and wine. With a mix of excellent seafood, vibrant vegetables and beans, and delicious meats, Tuscan chefs concoct dishes that rival the sublimity of Botticelli’s "La Primavera." Lastly, no conversation about the world’s top wine regions can take place without an in-depth discussion of the virtuosity of Tuscany’s wines, from its fragrant Vernaccia to the lush Brunello. 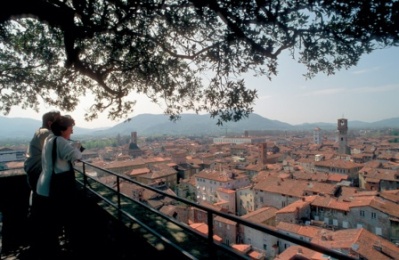 Tuscany is Etruscan in origin, but was annexed by the Roman Empire in 351 BC. After centuries of peace and prosperity as a Roman province, the Empire’s collapse led to the invasion of Tuscany by several Germanic tribes - the Odacer, Ostrogoths, and the Lombards - that came to rule over Tuscany. During the reign of Charlemagne, Tuscany was incorporated into the Holy Roman Empire. In 1030, the territory, or margravate, fell to Boniface of the Canossa family. Boniface was also the Duke of Spoleto, Count of Modena, Mantova, and Ferrara, making him Italy’s most powerful prince. By the high Middle Ages, these cities, Tuscany’s more prominent, had become very wealthy through trade, banking, and textile manufacturing, which allowed them to dedicate large sums of money to the arts, setting the beginnings of what would be the Italian Renaissance in motion. Before Tuscany would arrive at the peace and perfection of the Renaissance, however, it would fight a bitter war with itself to resolve the age-old question of the Church’s role in the government. The two sides were the Guelphs and the Ghibellines, who supported the Papacy and Holy Roman Empire, respectively. Eventually Florence through the powerful Medici’ family would assuaged the conflict by first solving the issue inside their own city, and then conquering and incorporating most of the region into itself, thus creating the ideal environment for the intellectual and artistic world to flourish.